Exactly one year ago I visited Aitutaki with my partner and parents. It’s a small island with a population of 1,712, part of the Cook Islands in the South Pacific. I still can’t pinpoint it on a map.

It’s what I picture when I think of a far-flung paradise: tall palm trees, neon fish, hot weather year-round. A turqoiuse lagoon surrounds it on all sides. There are more coconuts than you can possibly eat (and I ate many). 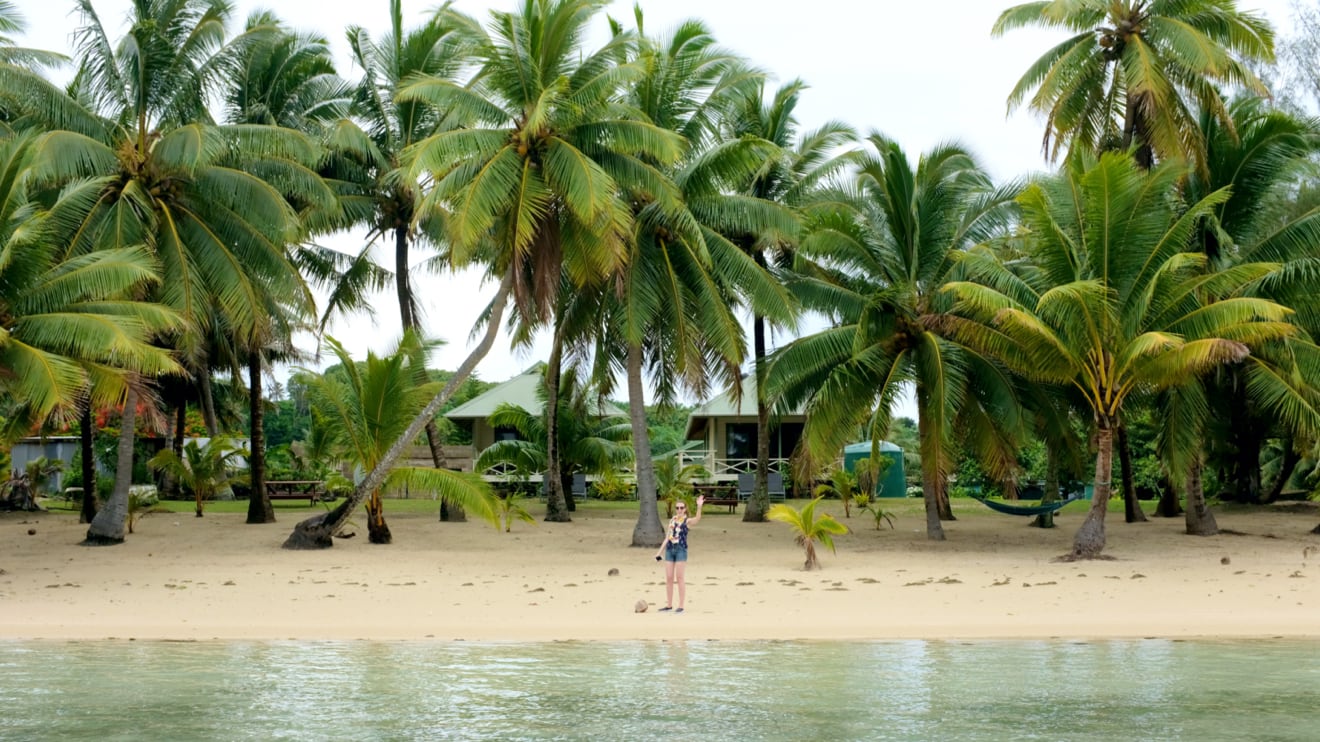 It’s a long flight from Vancouver, just over the length of the Lord of the Rings movies back-to-back. And if you want to pass the time with a Middle Earth Marathon, you can. We flew Air New Zealand which stocks all of Peter Jackson’s greatest hits.

We stopped over in Rarotonga, the largest and most populated of the Cook Islands. Its lush volcanic peaks are straight out of Jurassic Park. 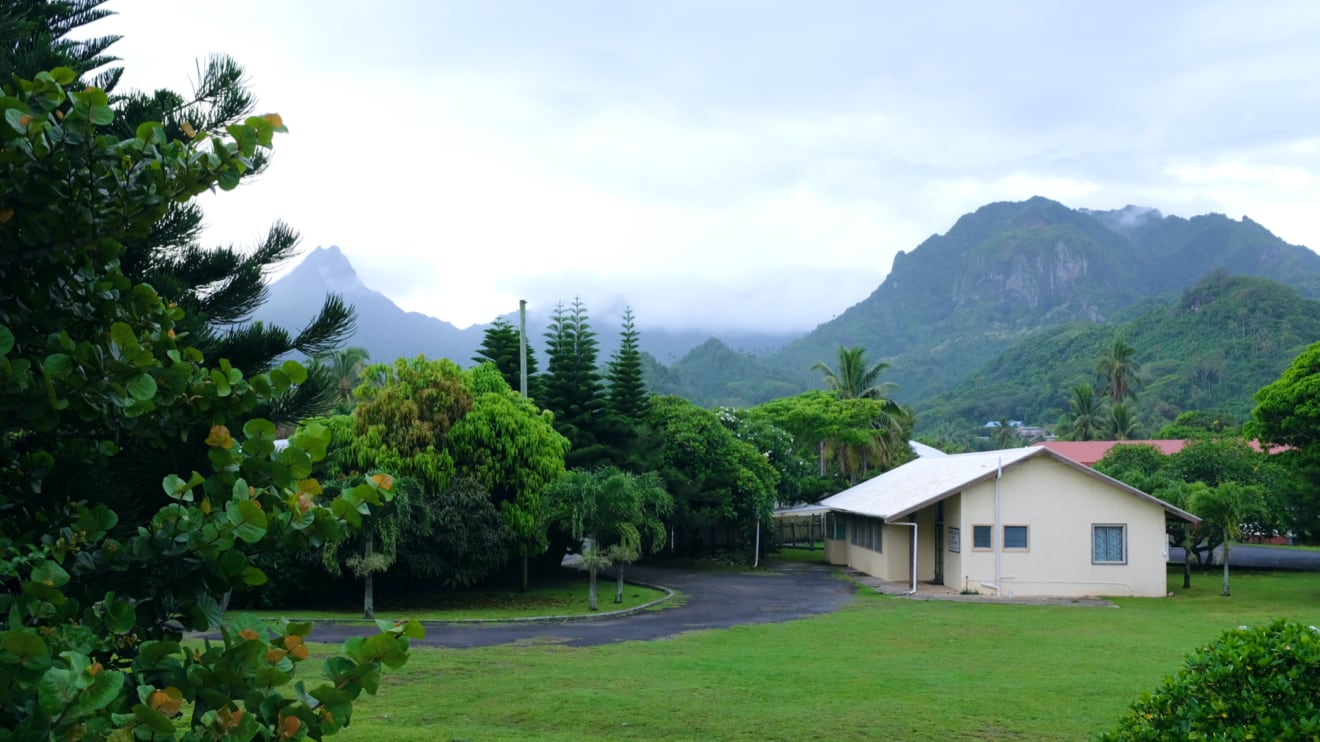 An old man playing a ukelele greeted us at Rarotonga’s airport. In Aitutaki our hosts gave us flower ’eis they made that morning. 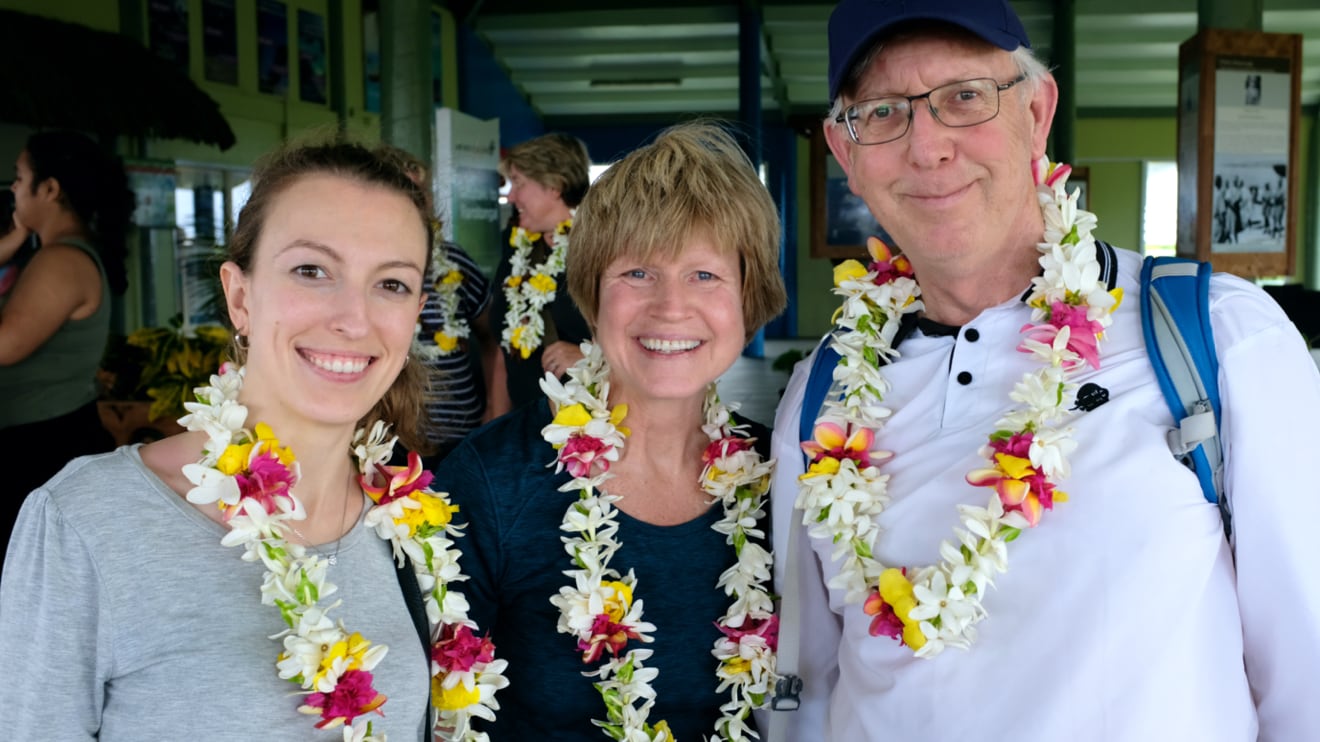 When we arrived at our bungalows I hopped in the ocean to cool off. The sky was overcast which I took to mean that sunscreen was optional. I was a fool. The tropical sun doesn’t care about clouds. My back got roasted. After that I kept my sun shirt and hat and shades on at all times. I looked like the invisible man.

My favourite day was Teking’s lagoon tour. Teking is a character. The forecast warned of cyclones and we asked if he was concerned. “I love cyclones,” he said. “They clear the water.” I couldn’t tell if he was serious or simply the sort of man for whom fear is a personality defect. He promised that he didn’t need technology to guide him should the situation turn dire. We weren’t reassured, but he wasn’t about to coddle namby-pampy landlubbers.

Fortunately the weather took a turn for the best. Once we tore out on the lagoon it was blue skies. 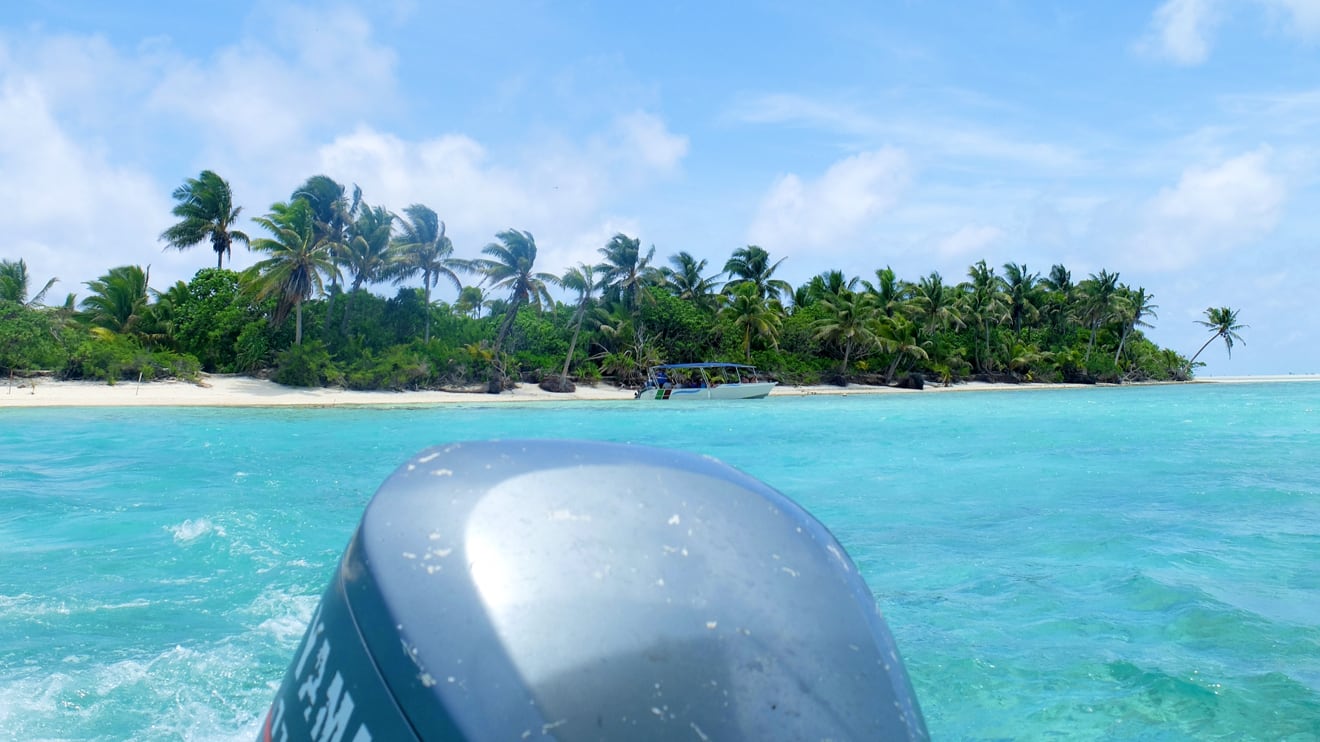 I learned to scuba dive in Vancouver. Canada isn’t known for its balmy waters. “It gets warm in the summer though, right?” Nope. I need three layers and a drysuit, and even then my teeth start chattering minutes into a dive. So I was excited to snorkel in the tropics. It didn’t disappoint.

The moment you stick your head underwater you see fish of every colour. Like these ones: 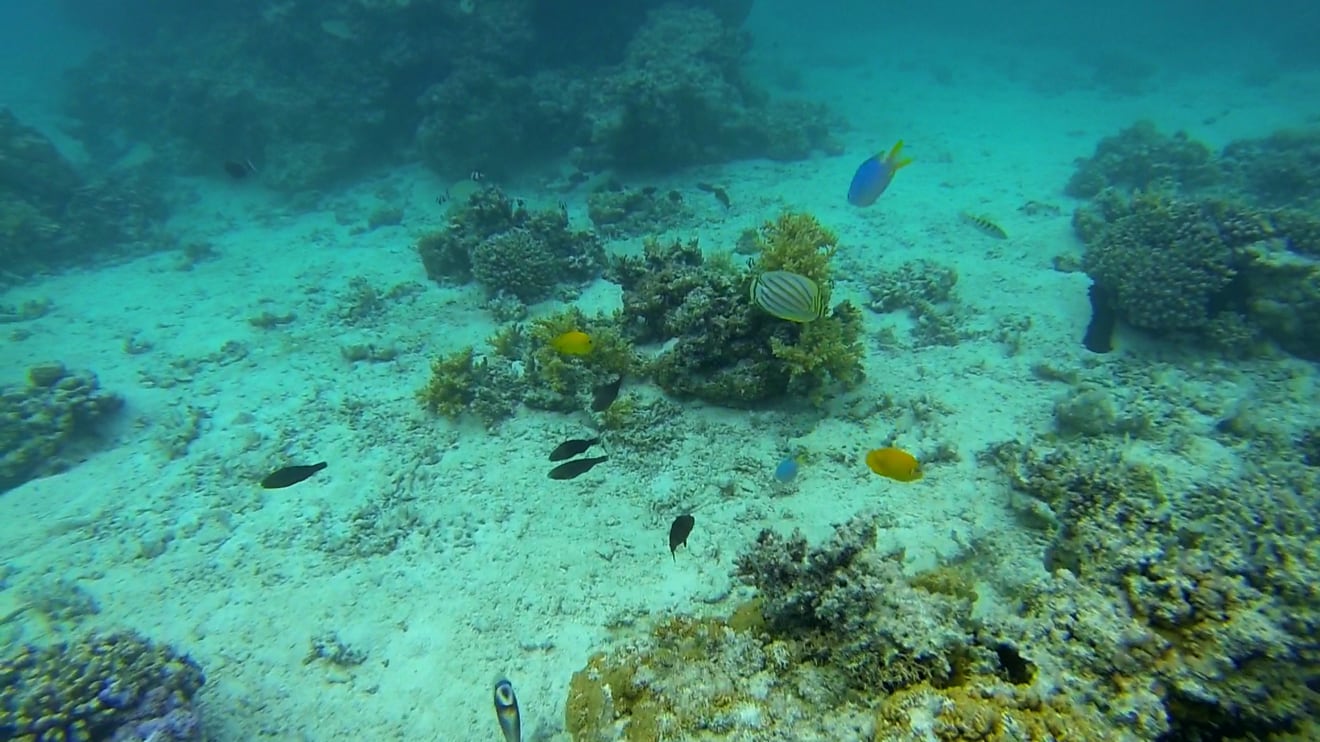 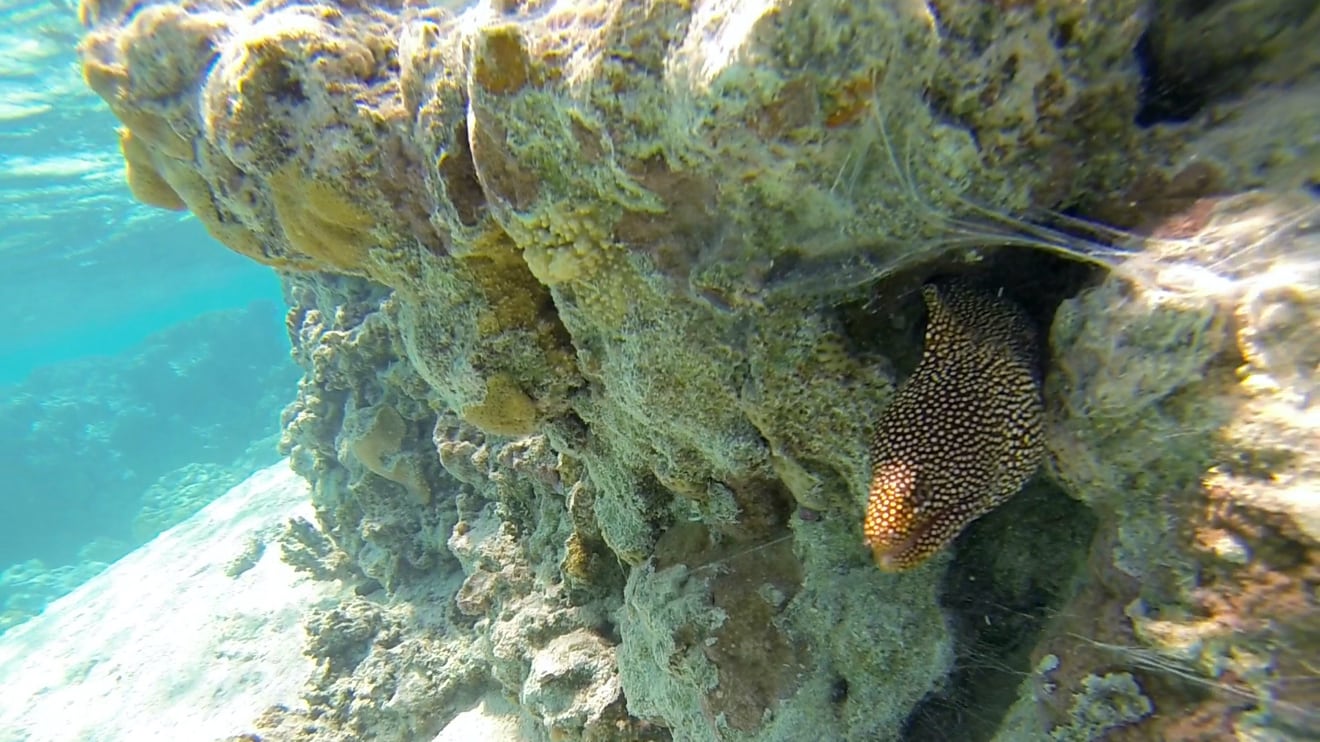 And check out this coral: 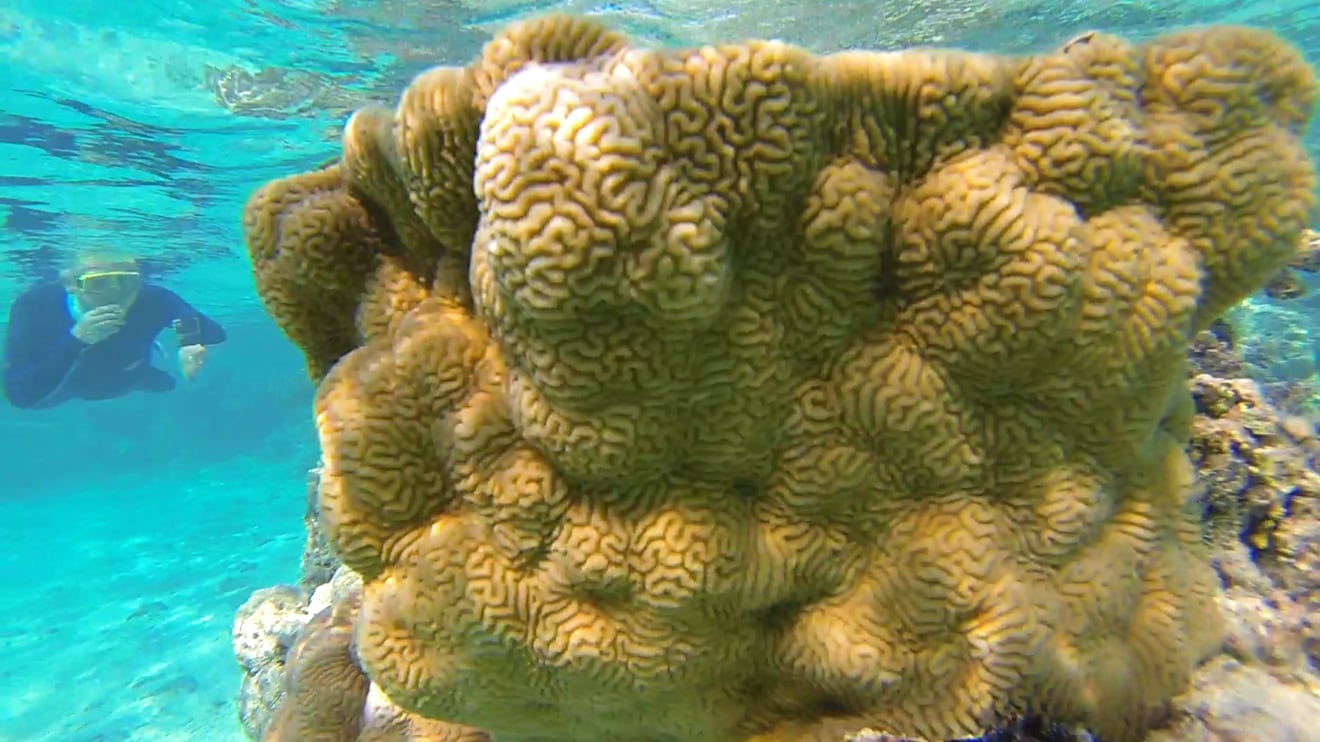 The giant clams were the highlight. The largest measure over a metre across. Their colouring is incredible. Some are electric blue, others look like leopard print. 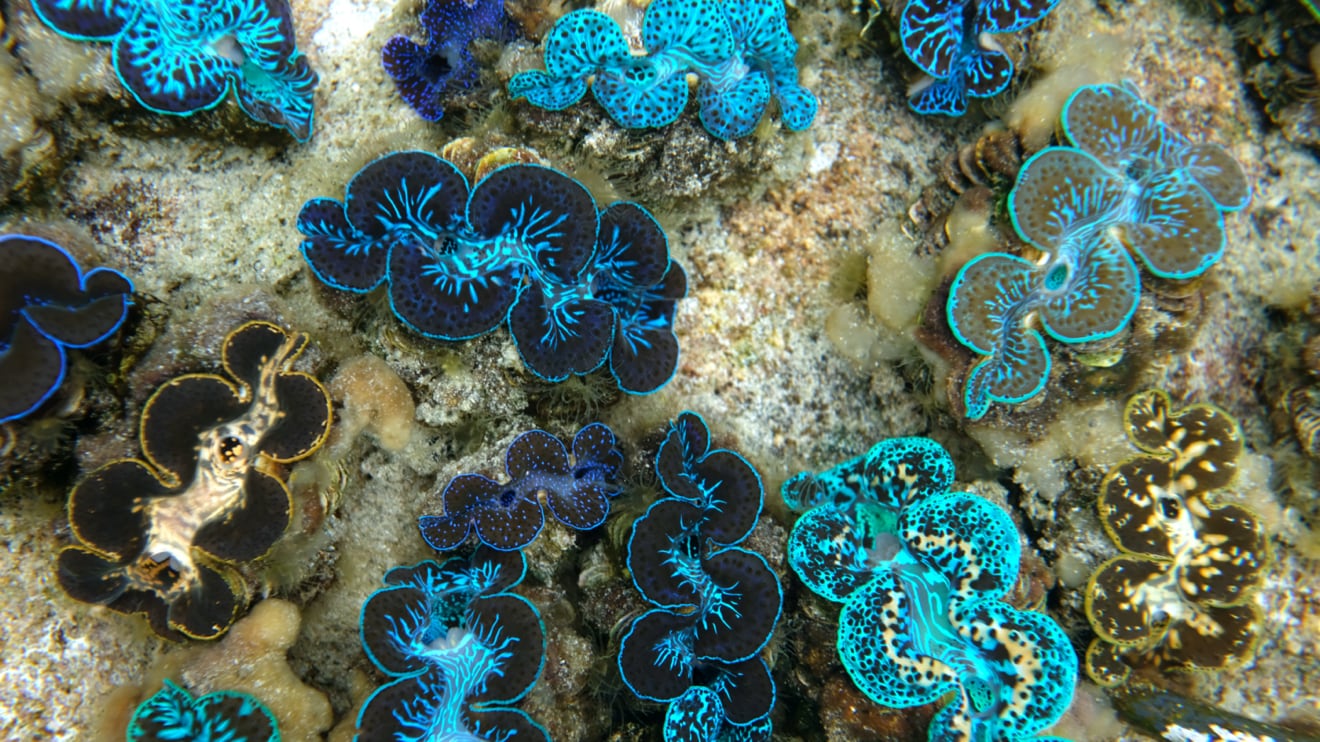 On land you find hermit crabs everywhere. Often they blend into their surroundings and retreat into their shells as you approach. 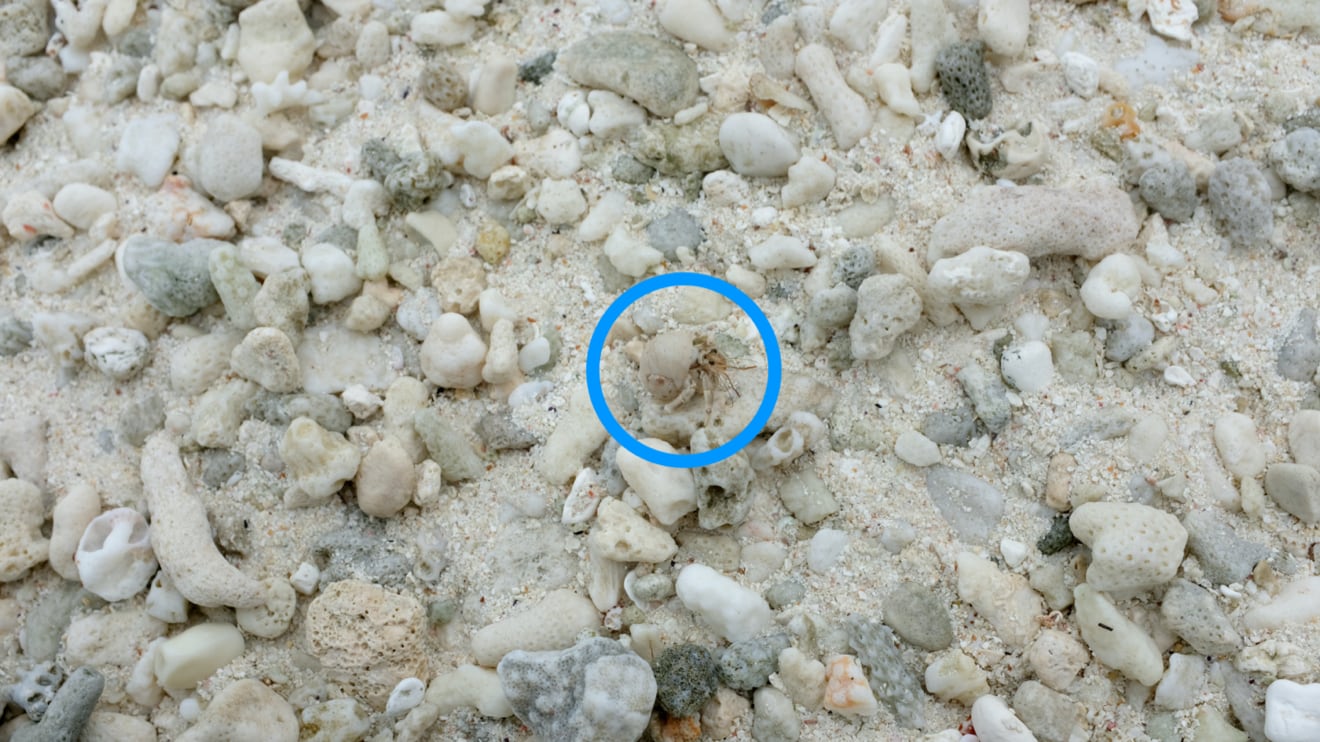 Others are too large to escape notice. 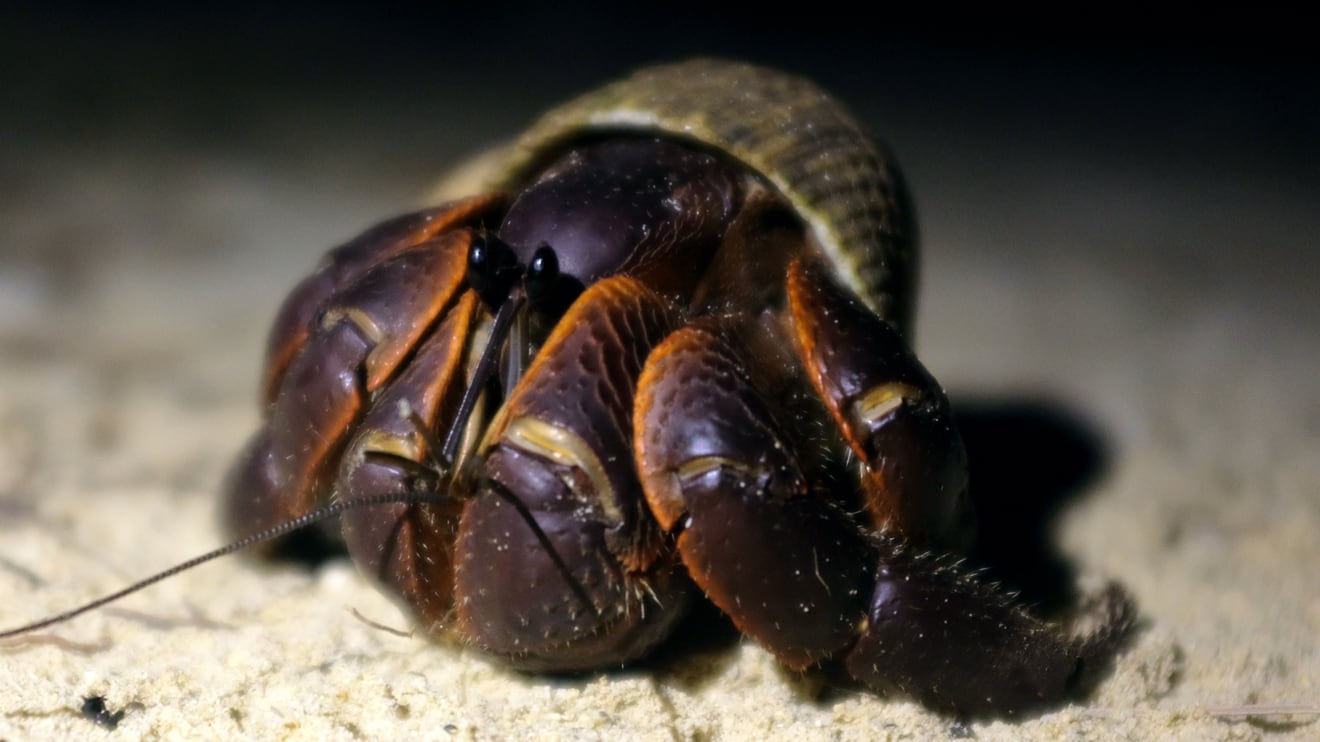 For lunch we stopped on another serene island. The cooks grilled up chicken and tuna and laid out a spread of salads served from enormous clam shells. Our best meal by far. 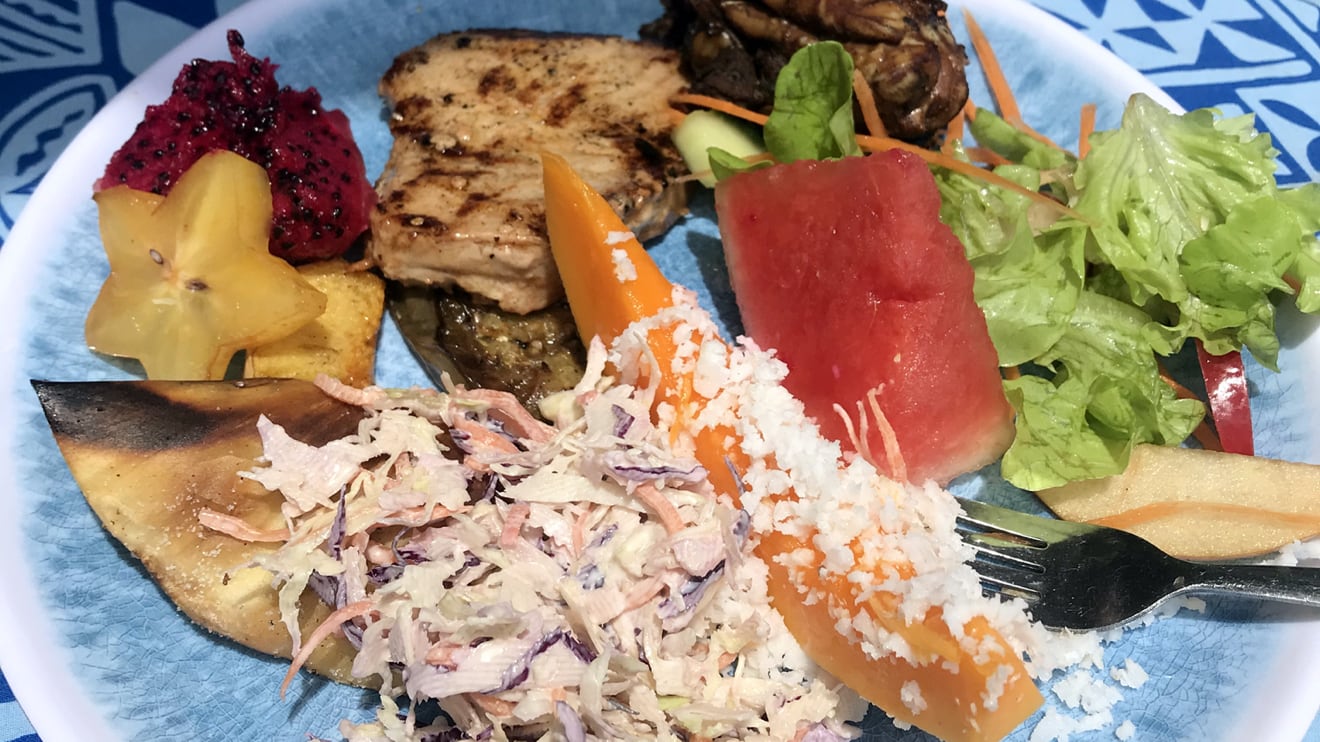 The rest of the week we frequented a takeaway place down the road that served burgers topped with beets. It’s a winning combination. 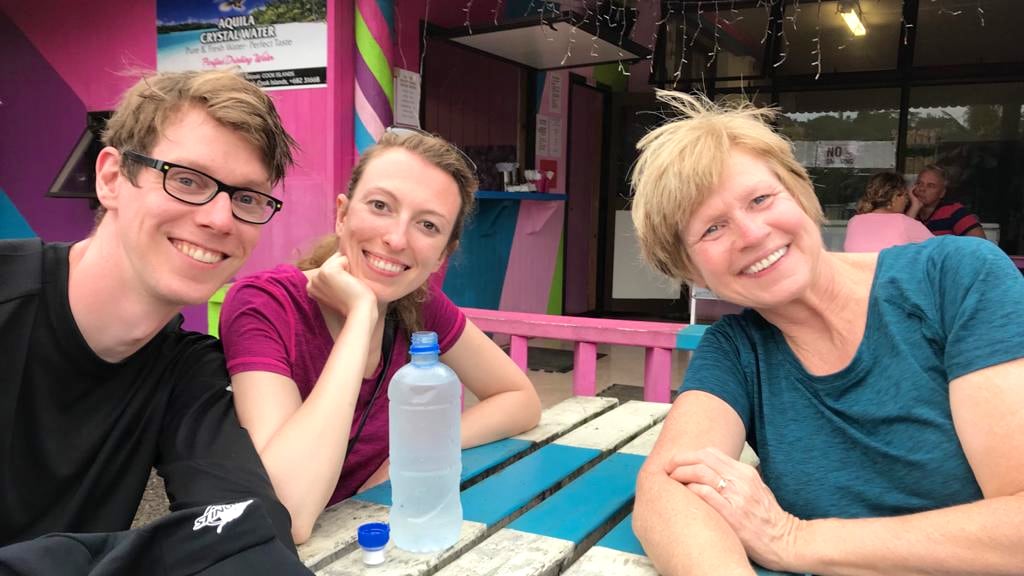 We also ate lots of coconuts. They’re everywhere. Occasionally once would fall to the ground with a loud thud. The locals assured us that nobody ever gets injured by falling coconuts, but I don’t believe them. I was careful where I placed my beach chair. 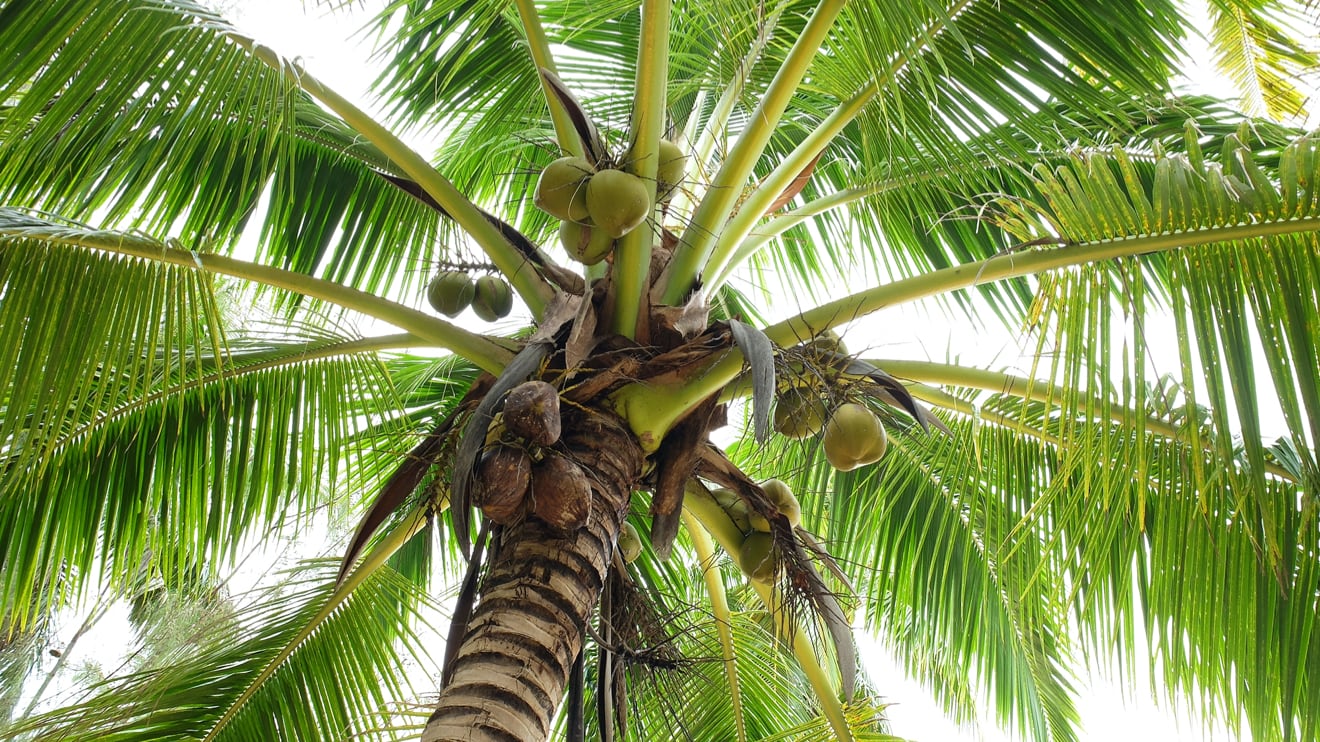 Finding a coconut is easy. Cracking it open is another matter. My first effort to rip off its nearly impenetrable husk took a half hour. Later our host showed me how to tear one open using a metal spike hammered into the ground. It took him 20 seconds.

Did you know that young coconuts contain a spongy filling before it turns to milk? I didn’t. It’s delicious. 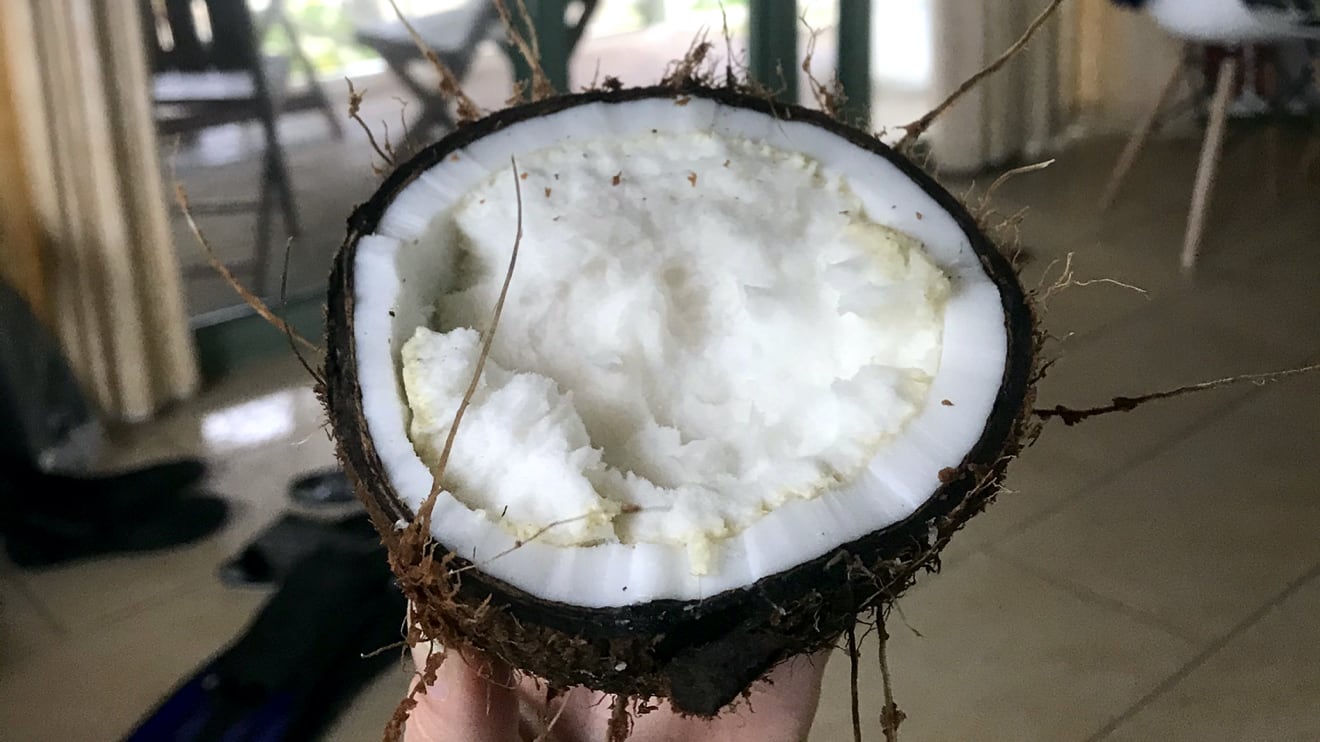 Also delicious: fresh coconut juice. It’s nothing like the dreary packaged stuff we get here. It tastes carbonated. I would drink it at every meal given the chance. 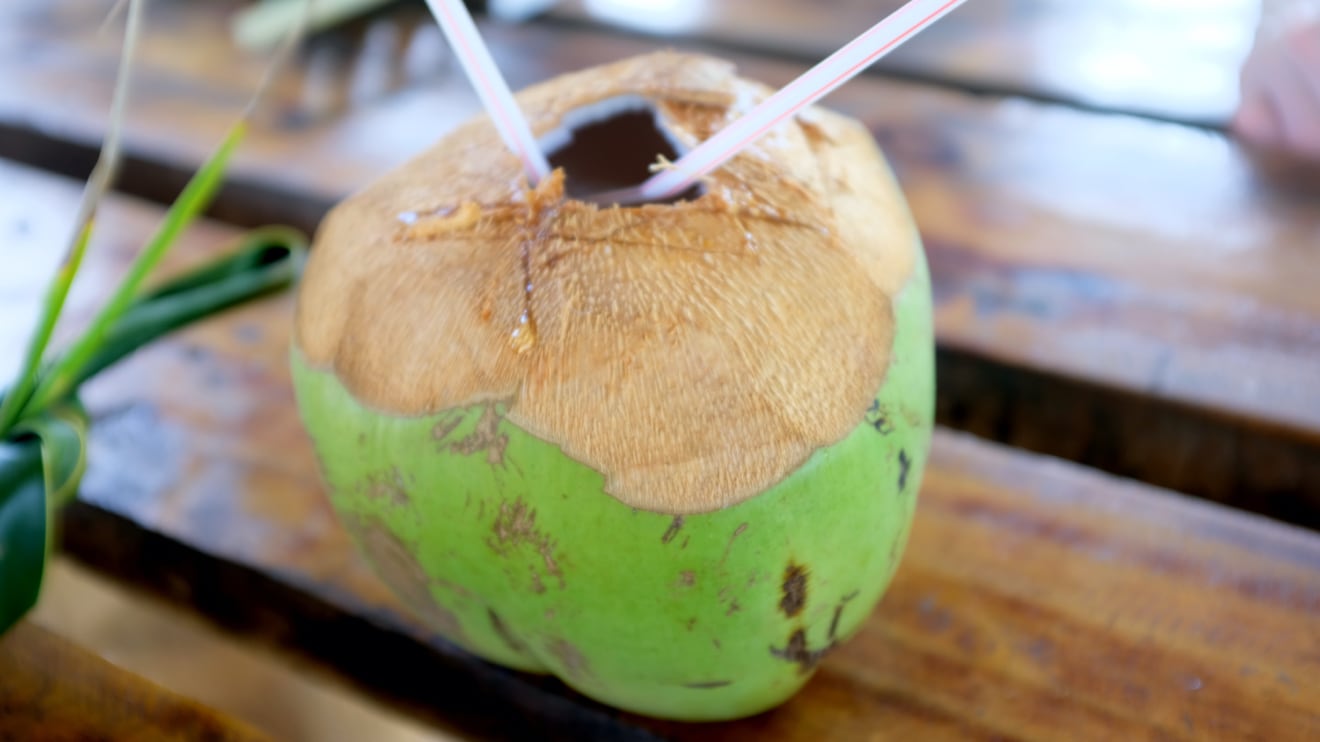 The locals mostly get around on scooters. The only people we saw on bicycles were other tourists. It’s too hot for that nonsense. 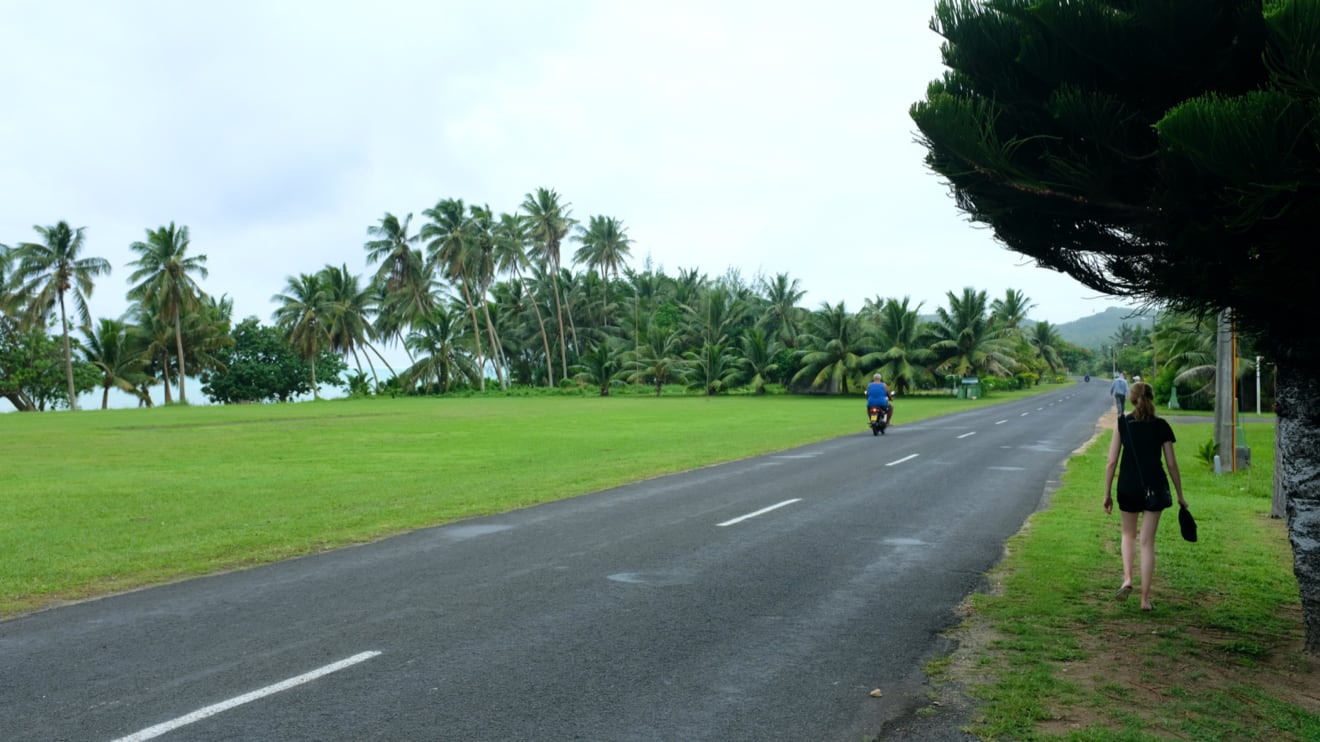 We rented a car for a few days, partly for its merciful air conditioning, but also to see the vistas. 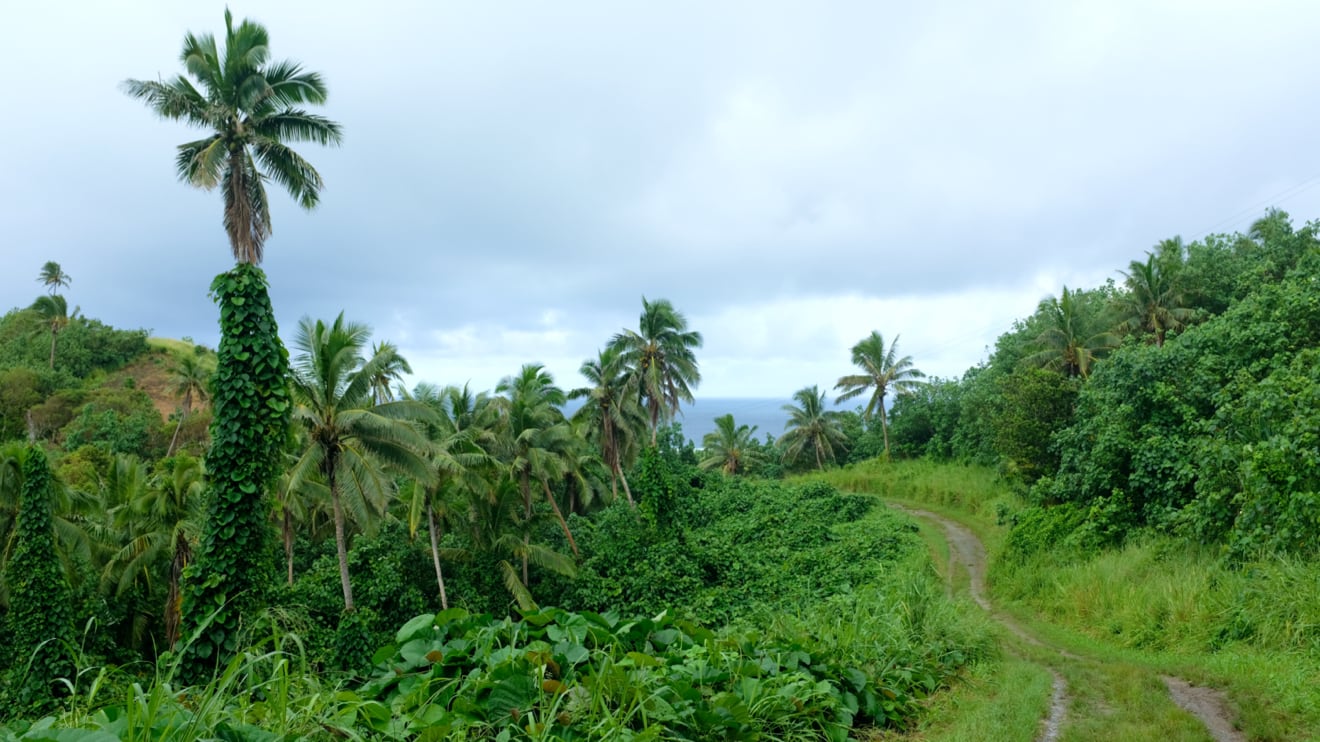 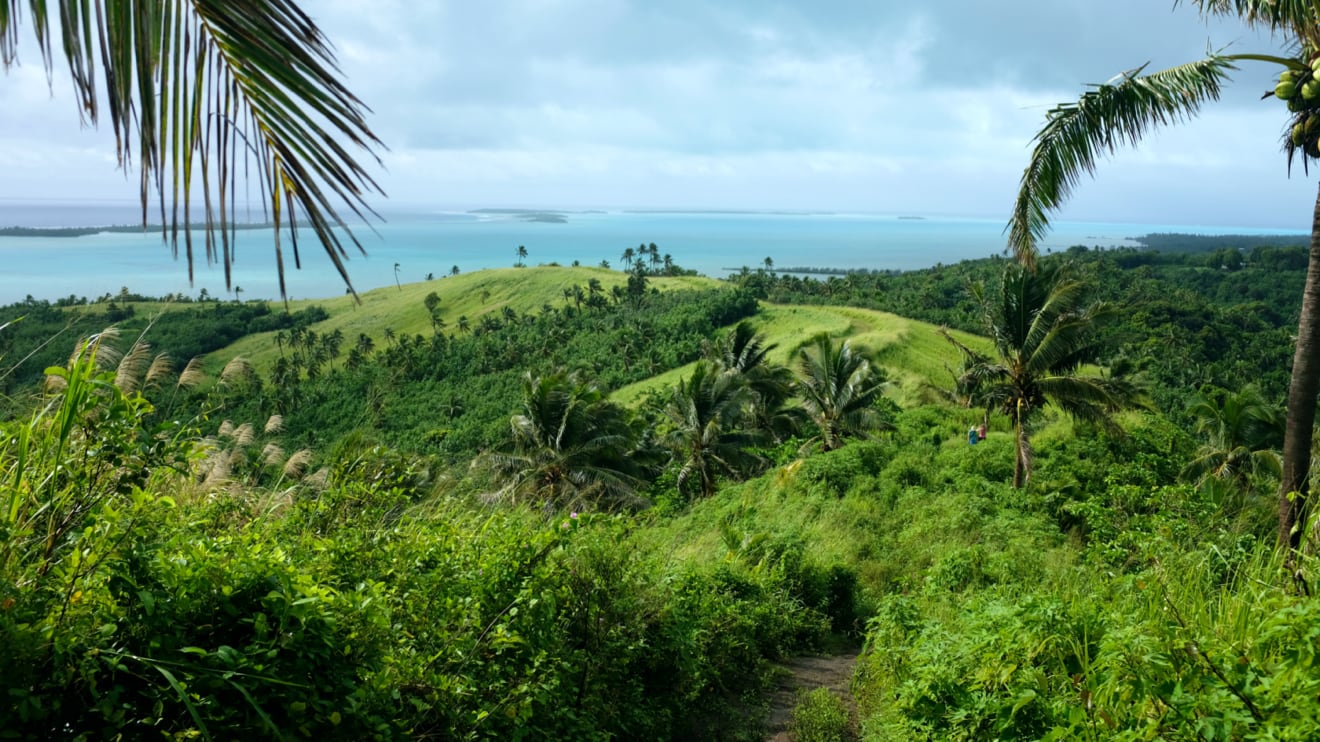 It was fascinating to catch glimpses of how the locals live. They have Internet access, but it’s expensive and slow. We passed several houses renting DVDs from their garage. Blockbuster may be gone here, but video stores thrive where Netflix is infeasible. 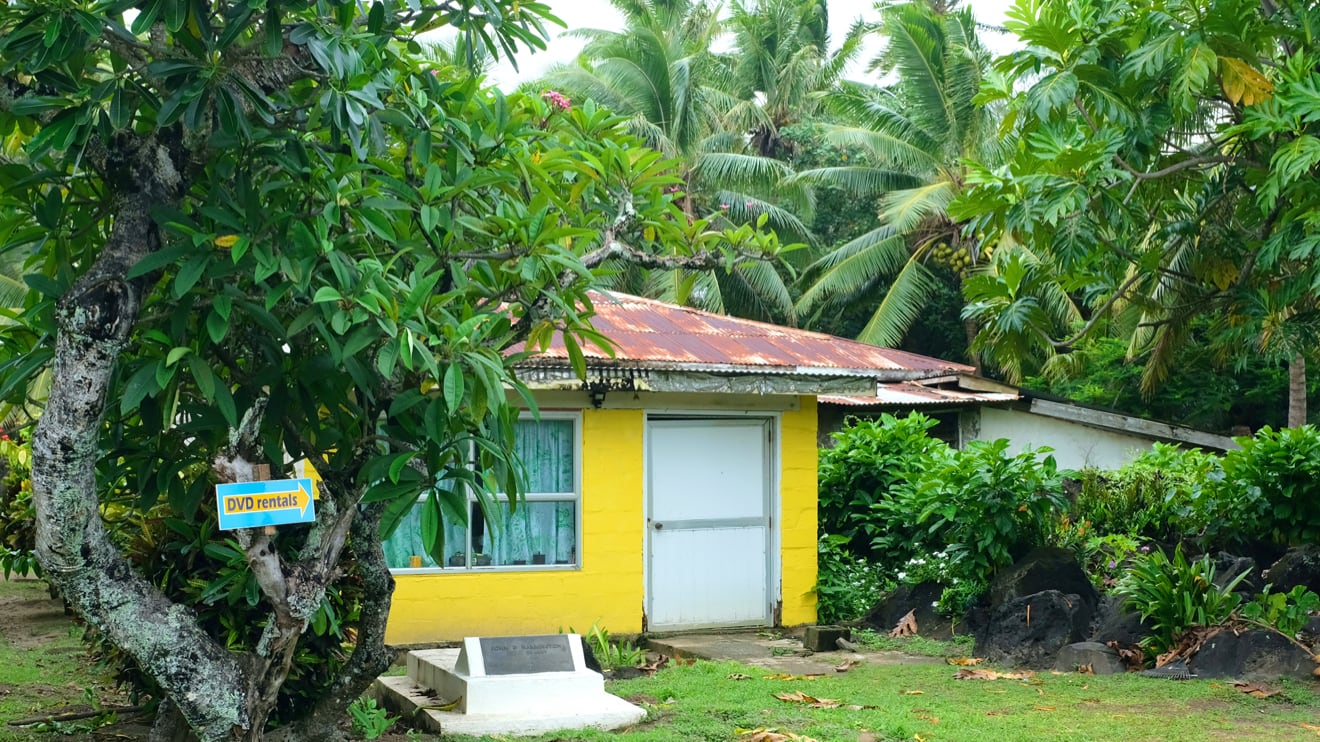 With a population so small, the island offers few other facilities. No cinema, no bowling alley, no swimming pool (not that you need one, there’s water aplenty). We passed a sign for a dentist, but for surgery you travel to New Zealand. They appear to have a jail, though its hand lettered sign somewhat reduces its authority. 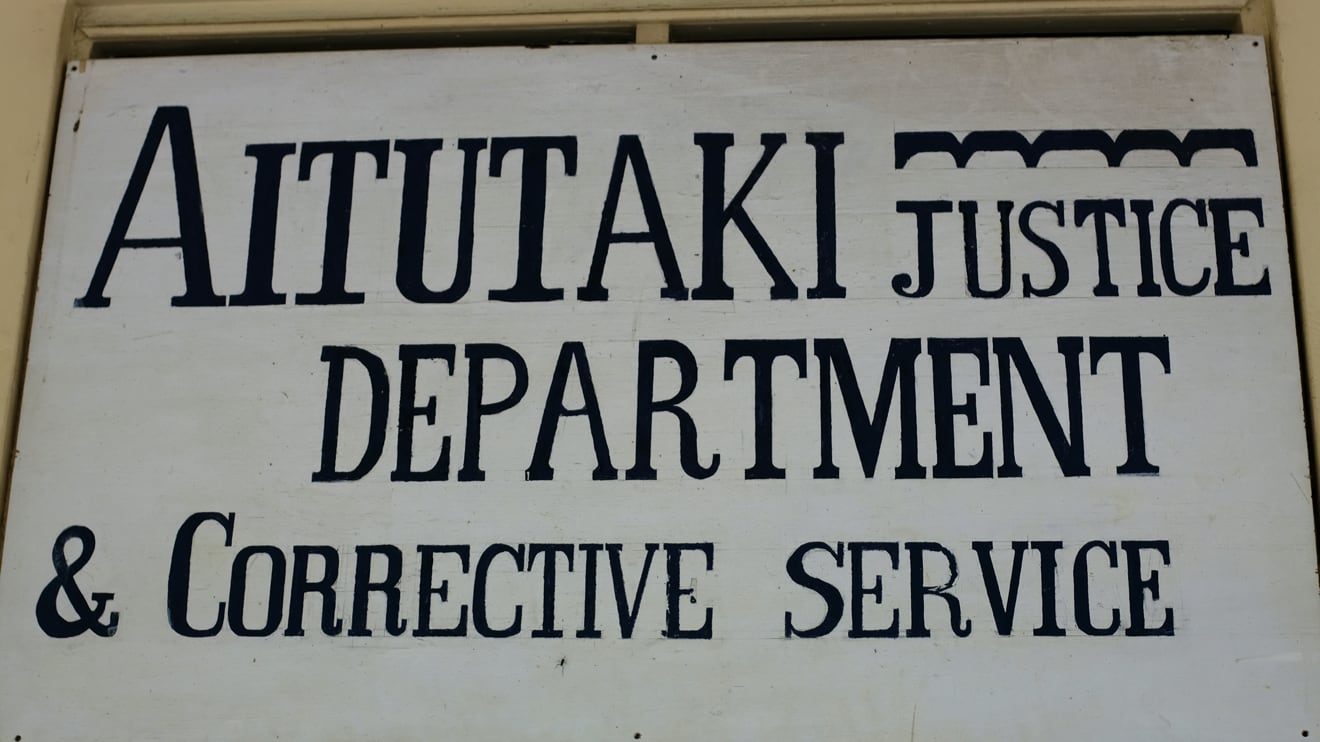 On our final day we went on a cultural tour. Our guides showed us traditional cooking in an umu, taught us how to weave plates from palm fronds, then took us around the island in a Land Rover . 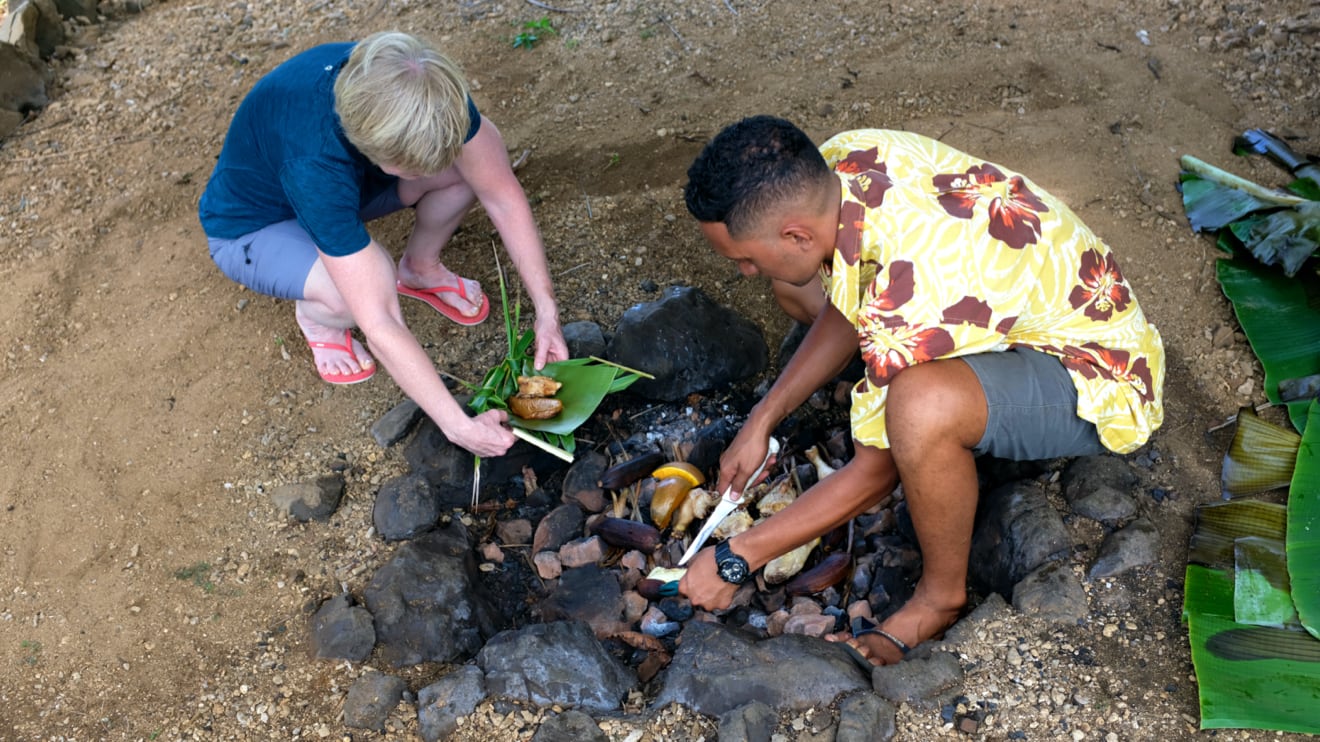 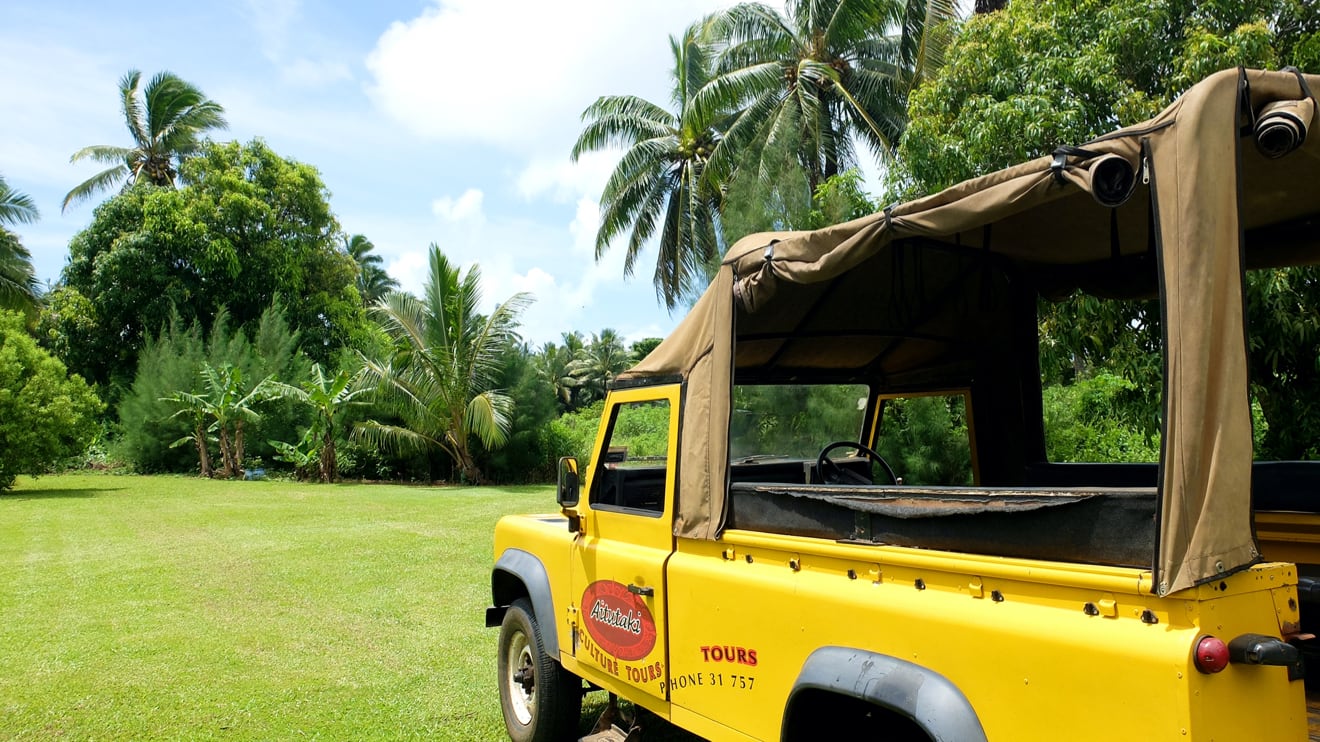 As quarantine drags on I often daydream about Aitutaki. Nothing is more relaxing than falling asleep to the sound of surf and a breeze rustling the palms. I hope to visit again soon.