One diversifier for this year’s Global Game Jam was “on the safe side”.

Make a game alone or in a team where all members are at least 100km apart.

Our team — Brad Keys in rural Ontario, Brent Mitchell in Berlin, and myself in Vancouver — satisfied this criteria many times over. It was challenging. Some game development tasks like programming are easily done remote, but others like hashing out game mechanics are better in person with a whiteboard and paper prototypes. Being in vastly different time zones didn’t help. When I woke up it was dinnertime in Germany. We made it work though.

We chatted on Discord, scribbled ideas in Google Docs, and organized tasks with a GitHub project board. I left the game design to the other lads and tackled technical challenges I found interesting — pathfinding, fog of war, icon colour. We managed to avoid merge conflicts in our scenes, the bane of my existence in Unity projects. 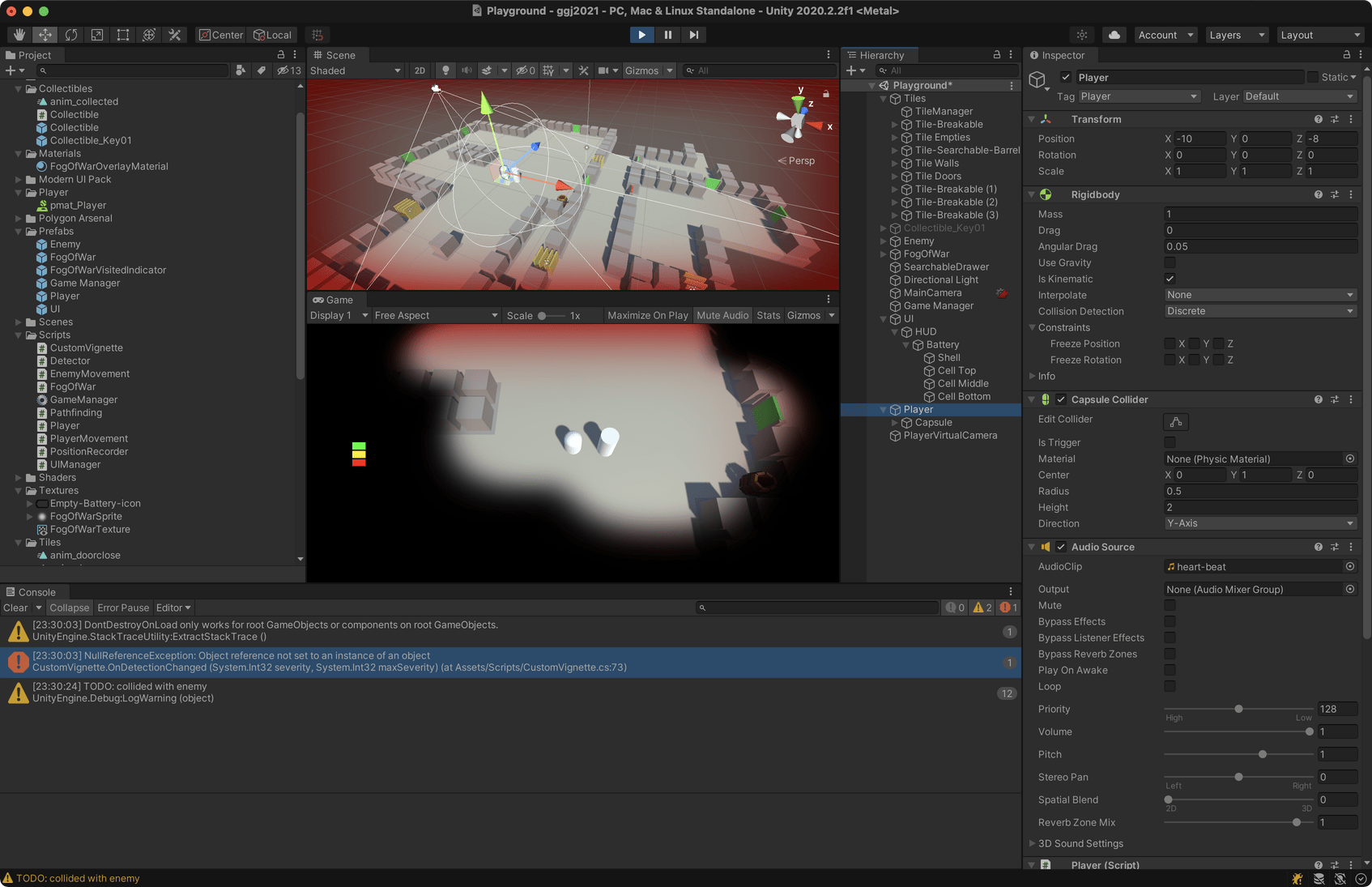 I struggle to remember how we collaborated in the first Global Game Jam. It was 2009 and GitHub was in its infancy. Git existed, but we weren’t using it. I have a faint memory of feverishly passing around USB sticks as the deadline approached. I complain about scene file conflicts now, but we’ve come a long way baby.

I always enjoy hackathons as an excuse to catch up with friends. Sitting at the same desk and in the same chair as my 9–5 made this one feel somewhat more like work than a chill hangout, but it’s a comfy chair.