The first album I bought was Big Shiny Tunes 2.1 Compilation albums are anachronistic today, but in the 90s they were an economical way to get a playlist of great music. BST2 was an especially good one. 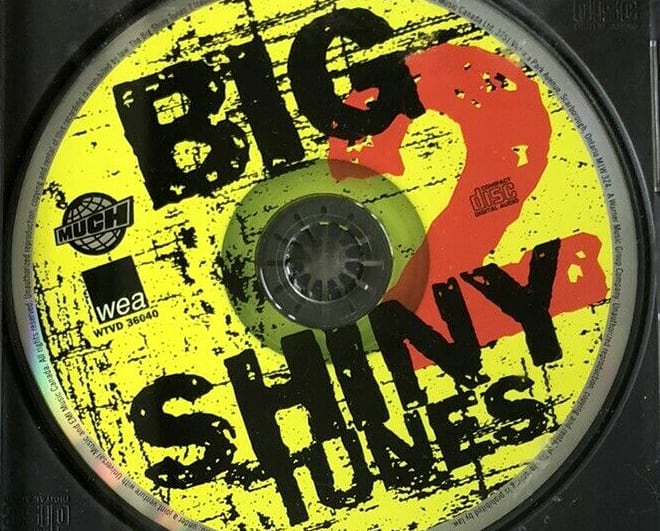 The title will be unfamiliar to those outside Canada, produced as it was by Canadian music channel MuchMusic, but here in the north it was a hit. It remains the 4th best selling album since 1995. It eclipses Britney Spears’ …Baby One More Time. It even surpasses Aqua’s magnum opus Aquarium. BST2 sold.

It introduced me to artists that remain among my favourites today: The Prodigy, Blur, Marilyn Manson, Radiohead. And let’s not forget about Smash Mouth.

A sidebar on Smash Mouth. Apparently their bassist Paul De Lisle was born in my childhood hometown of Exeter, Ontario. What’s incredible is that I only discovered this last year.2 To a city slicker this may seem unremarkable — my urban friends were indifferent to this revelation — but I need to emphasize how exciting even the most tenuous link to fame is in a small town.

Exeter’s population is 4,600. It’s remarkable perhaps only for its white squirrels.3 Residents of any repute are revered. Take Simpsons writer Tim Long, who attended the same high school as me. He wrote the episode “Skinner’s Sense of Snow,” based on a real blizzard in the 60s that trapped schoolchildren in the gymnasium for days. Every area kid who watched The Simpsons, which means every kid, knows the name Tim Long.

Now you’d be forgiven for being unfamiliar with the bassist of a lesser band, but we’re talking about Smash Mouth. Even before they became a meme, before Shrek and that killer cover of I’m a Believer, they were superstars. But nobody mentioned the local connection. When I asked around, none of my childhood friends were aware of it either. They were equally astonished. I don’t understand how this slipped past our radars.

But back to BST2. Many of the featured musicians still kick out the jams 23 years later. Damon Albarn of Blur went on to form Gorillaz and a dozen side projects. Marilyn Manson just released the fantastic We Are Chaos. Radiohead has done alright for themselves.

And what a tracklist! It starts with the snarling riff of Breathe by The Prodigy. It’s scientifically impossible to drive to this song and stay under the speed limit. Next it’s appropriately Song 2 by Blur. Instantly catchy, objectively their most fun.4 Later comes Beautiful People by Marylin Manson. What a song. Those thumping drums, crunchy guitar, spooky orchestral chants, Manson’s demonic vocals. It’s exhilarating.

Beautiful People was long my favourite track. Today that honour goes to Radiohead’s Paranoid Android. It’s funny how you only appreciate some songs after repeated listens. For years Paranoid Android never caught my ear. I was idly playing BST2 for the 1000th time when I heard it afresh, with its operatic movements, abrupt shifts in mood and tempo, Thom York’s eerie falsetto over choral wailing. It’s neither catchy nor easy listening, but it’s a helluva tune.

BST2 ignited my love of Radiohead and a host of other artists. I also bought Big Shiny Tunes 3, 4, and 5, but by the time 6 rolled around I had discovered Napster and was pirating everything from Cat Stevens to the Aladdin soundtrack. The series chugged along until Big Shiny Tunes 14 in 2009, at which point I assume the iPod had strangled the CD business to death.5

Today the options for discovering new music are endless, but I’ll always be fond of that first fantastic playlist.