If you compile Unreal Engine from source and open a project, it might complain that some plugin modules “are missing or built with a difference engine version,” despite being built with the same semantic version. 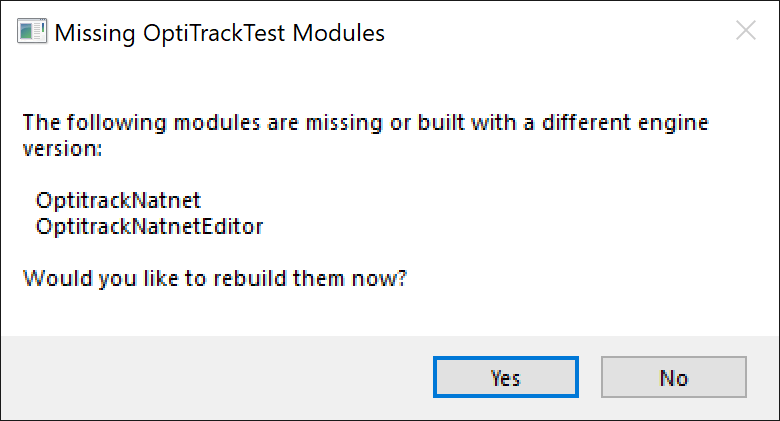 If your plugin includes its source, rebuild and carry on friend. But if not — if it’s a binaries-only distribution — you need to edit a file to make it work.1

Unreal determines if a plugin is compatible with the engine in FModuleManager::IsModuleUpToDate. Step through the code and you see that it does so by comparing the plugin build ID with the engine’s.2 Make these build IDs match and your project will open without complaint.

All you need to do is update the plugin’s UE4Editor.modules file with the engine build ID. Easy peasy.