Last June I went skydiving, edging out our annual pilgrimage to the tulip festival as the highest-octane thing I did in 2019.

We went to Skydive Vancouver. It’s run by a friendly Australian couple. I’m unsure why, but where there’s adventure to be had — whether it be whitewater rafting in Squamish or skiing in Whistler — you find Aussies running the show. It’s in their blood. 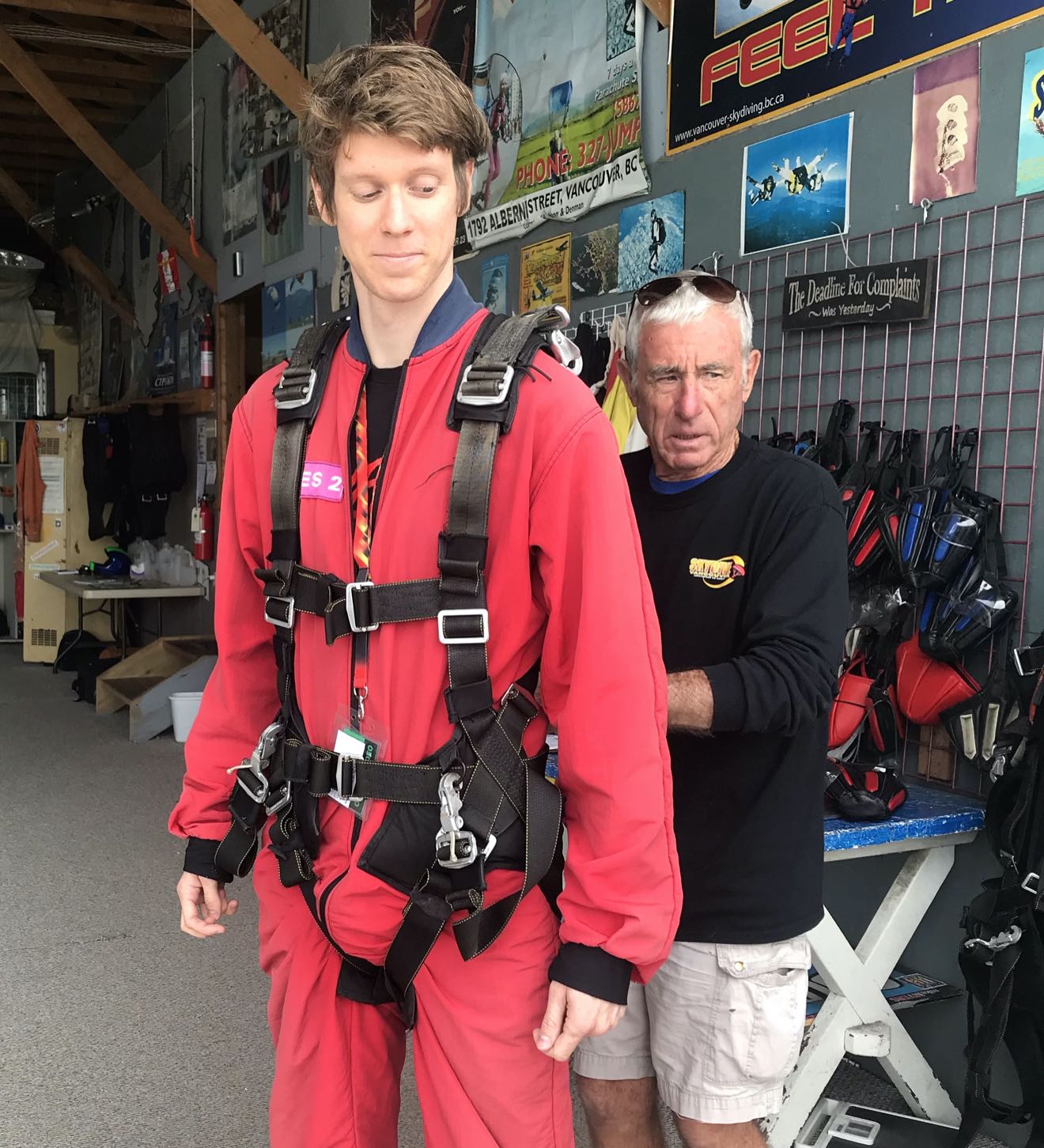 They waste no time getting you in the air. They clinch you in tight (like real tight, yowza), stick a goofy cone hat on your head (the instructors have cool helmets straight out of Mission Impossible), then jam you into a tiny plane. After a short, noisy flight they slide open the door and you ponder why humans do such things. At least that’s what I did. We’re strange animals.

Then out the door. I didn’t expect to somersault before doing the flying squirrel pose. That was a surprise. It also feels incredibly fast. This is a silly thing to say — you free-fall straight down, what did I expect? — but I hadn’t anticipated how fast it feels as you plunge to the ground. My mouth became instantly dry. I swallowed a few bugs. Gravity is no joke.

Then your parachute opens, the instructor does dips and turns to make your stomach churn, and in no time you’re on the ground again. 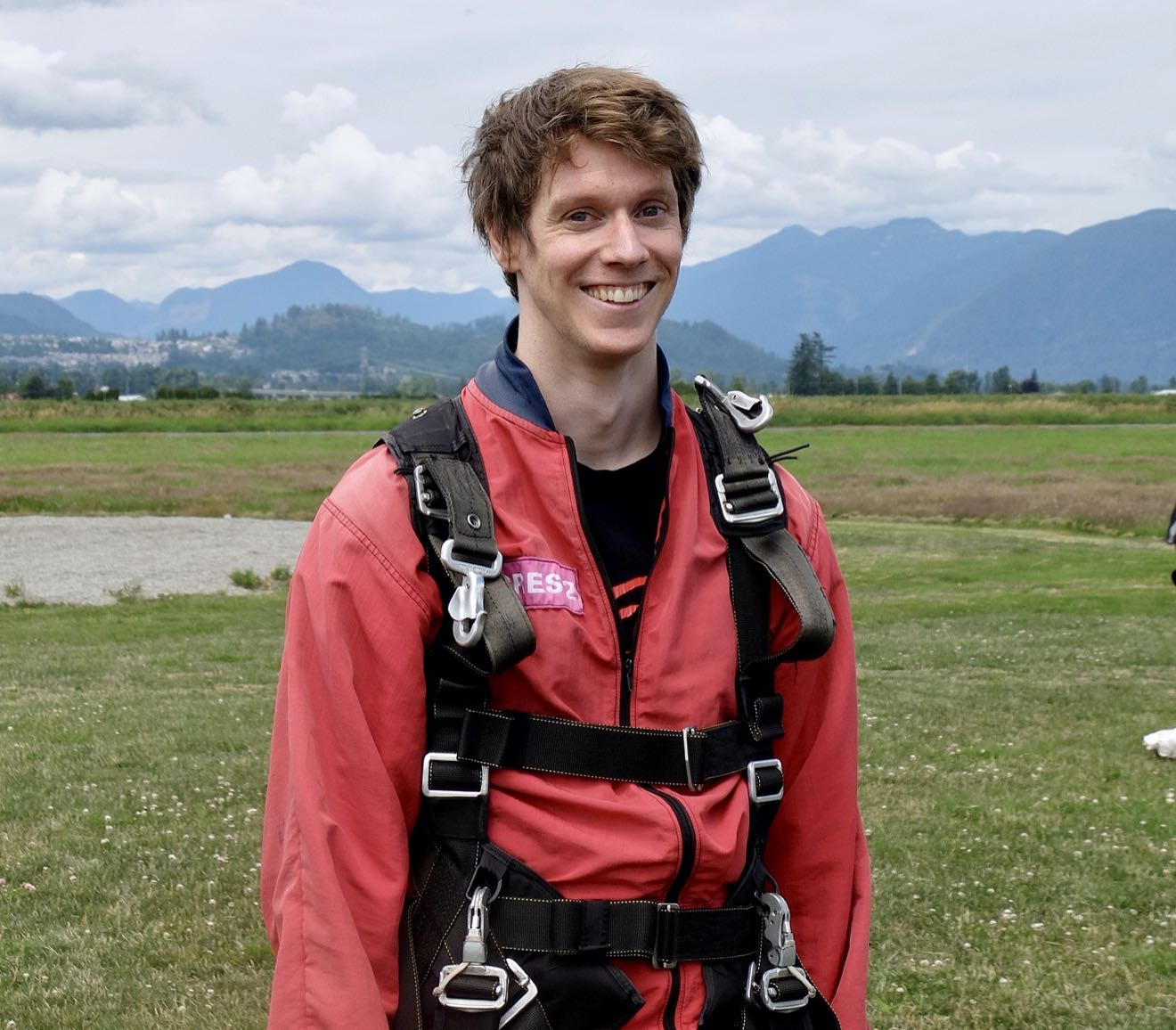 They give you a certificate to commemorate your first jump. It was given to me by the owners’ maybe-11-year-old granddaughter who had already done loads of jumps herself, but I still feel accomplished. 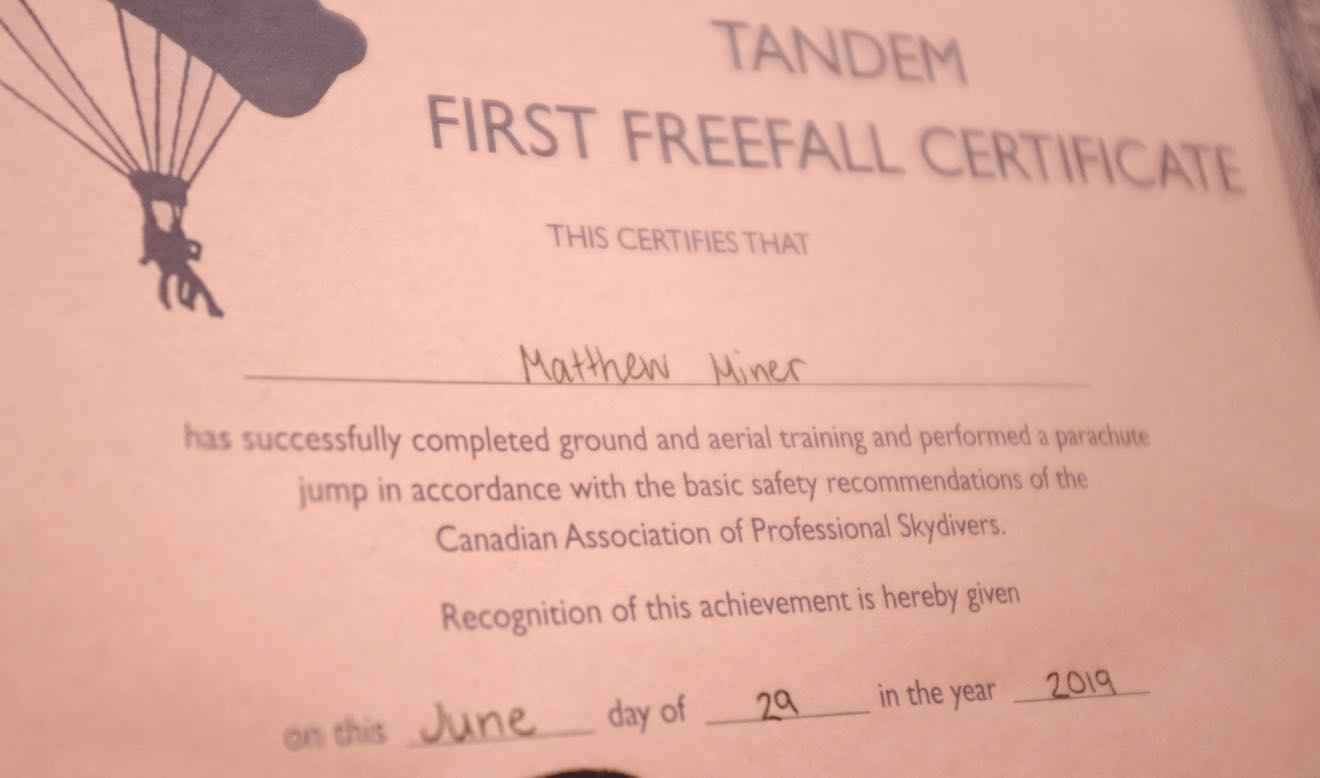