Version 9 of automation Swiss army knife Keyboard Maestro just dropped, and with it support for OCR. I’ve long wanted a painless way to copy text from images to the clipboard, even futzing for a while with SwiftOCR and Tesseract, but now I can do it with a two-action macro. 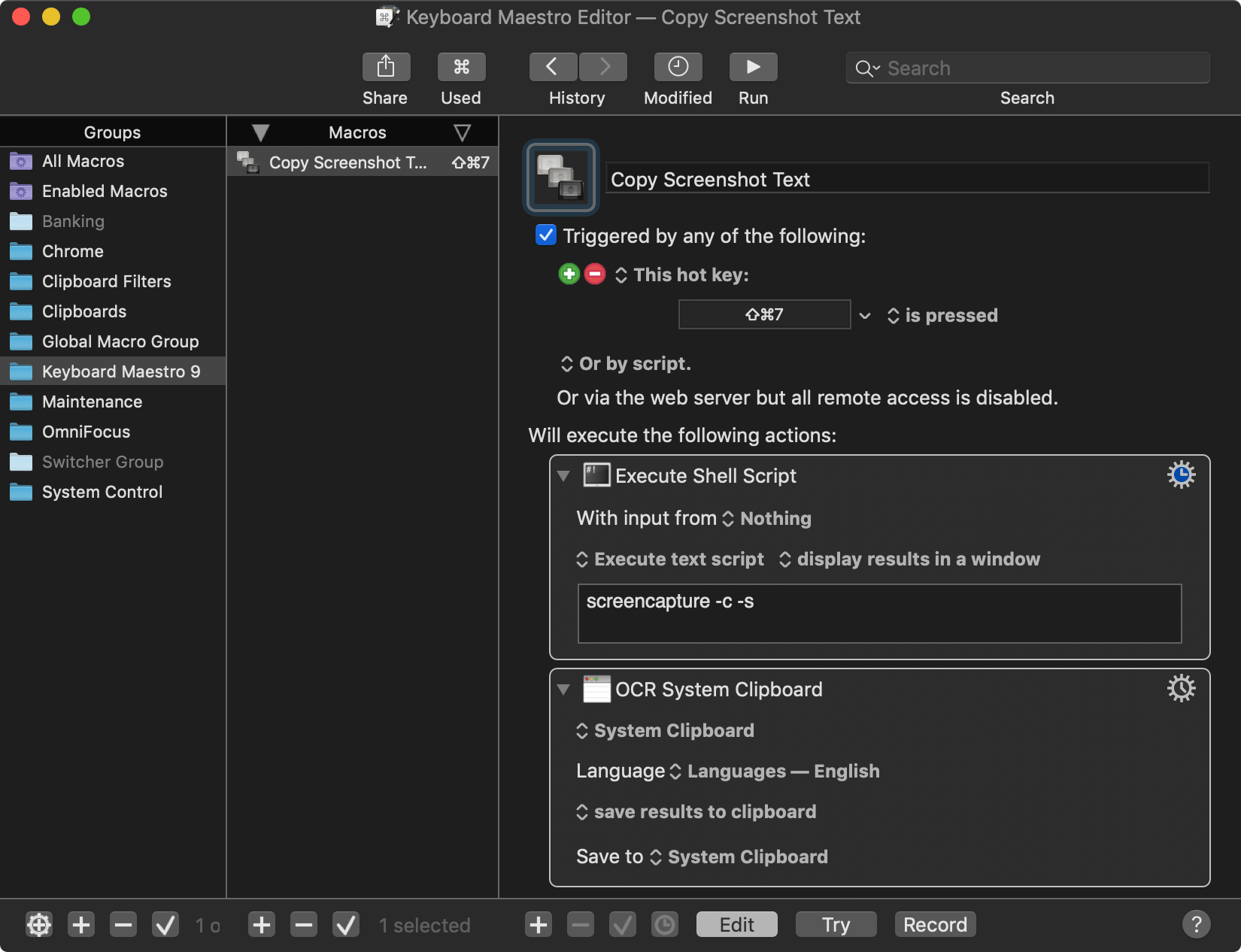 screencapture -c -s copies a custom selection of the screen to the clipboard, effectively the same thing as hitting command control shift 4. Keyboard Maestro then grabs the image, performs its OCR magic, then slaps the result back on the clipboard.

The initial results are promising. It occasionally returns gibberish — it has difficulty processing small UI elements on non-Retina screens — but for the mostpart it works a treat.