In time for Halloween but late for the 20th anniversary of The Smashing Pumpkins’ Adore1, Apple added support for dark mode on the web via the prefers-color-scheme media query in Safari Technology Preview. Lately I’ve noticed developer-centric sites like Docker and Microsoft’s docs offer a dedicated switch to toggle between light and dark themes, but this CSS-only solution is way easier.

Implementing dark mode support on this blog was a breeze thanks to its grand total of 13 colours. I took the lazy route and inverted most of them using Sass’ invert function. The end result looks respectable given the minimal effort expended. 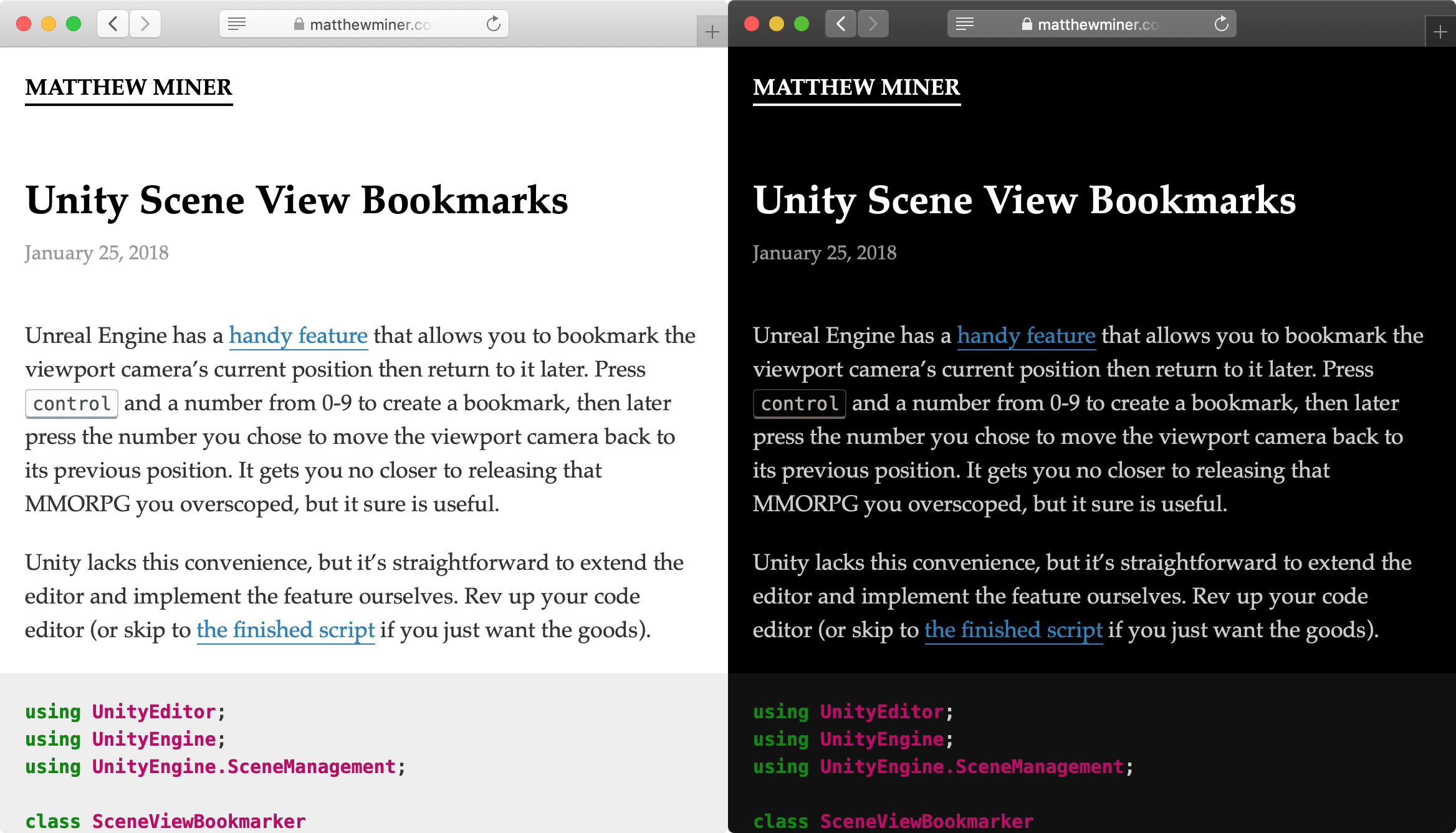 I doubt we’ll see widespread adoption of prefers-color-scheme — providing multiple themes would be a serious undertaking for many websites — but it’ll be useful for web apps that strive to honour the user’s preferences. Because the customer is always right, power to the people, yadda yadda yadda.